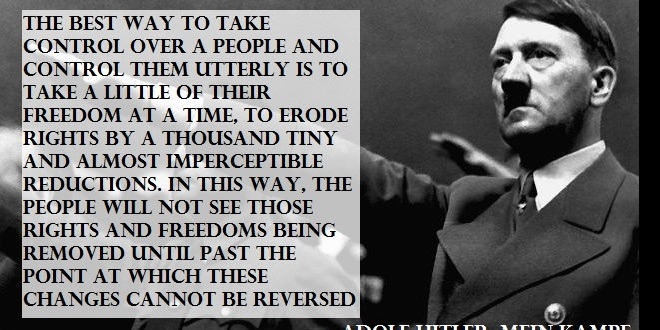 I found myself writing a comment on The Standard this morning in reaction to their publishing Brian Gould’s piece explaining why Labour outsmarted National when they voted with them to allow warrantless spying on Kiwi’s.

And as happens I found myself writing something that became seminal for a post for my own blog.

I found myself writing about New Zealand’s Labour party lead by Andrew Little compromising on the right of New Zealanders to be free of unlimited “Governmental” spying on them and the history leading up to these law changes. I found myself writing about Andrew Little’s and Labour’s reprehensible and dangerous lack of insight in the Geopolitical developments over the last 13 years. In fact since the events of 9/11.

Let me explain what I mean with unlimited spying:

When you allow a “Government” even the tiniest window of unwarranted (= uncontrolled by the third arm of Government = Elite using police or other spy agencies for their own ends) spying on it’s population you might as well give them unlimited spy time.  Spying is done in secret and you can count on it the clock will only start ticking when somebody finds out they are being spied on.

History is filled with examples of what happens if a people accept the fact that their “Government” spies on them. It always ends bad and it is always used to crush dissent. It is also always brought in under the exact same motivation:

There is an enemy in our midst and we are in danger. In order to make sure the enemy doesn’t hurt us we have to be able to spy on everyone.

The difference between what populations hear and what “Governments” mean by this is also always the same.

The populations hears: We, the “Government” and you, the righteous, solid, law abiding citizens of this country, are under thread from the enemy within (Communists, Catholics, Protestants, Capitalists, Jews, Muslims, take your pick throughout history). As solid, law abiding citizens you have nothing to fear. This is your “Government” protecting you.

The population subjected to this kind of behaviour always finds out what the “Government” actually meant when their family members and loved ones start to disappear. Because the consequence of allowing your “Government” to spy on its population. It is always more repression as the population starts to wake up to their new reality and starts to protest when innocents die or disappear.

So here is what wrote on the Standard:

Just a bit of history (I know, who needs history but you know history repeats itself if you don’t learn from it so bear with me Iprent). Around 1999 a thesis was published. It was called rebuilding America’s defenses. It was published by a group of what we now know to be dual citizen neo-liberals calling themselves the project for a new American century. In it they called for a “New Pearl Harbor”.

They got their New Pearl Harbor on 9/11 and a law was quickly rolled out and pushed through under urgency. It was called the Patriot law. Turns out that law was written long before 9/11 happened.

The result was wholesale spying, TSA groin groping at airports, a no fly list, the wholesale militarization of the US police to name a few of the changes in the US.

Now what does that have to do with Andrew Little’s and Labour’s stance on the illegal “spy at will” laws (Being safe from governmental spying in your own home is a very basic human right) they just voted in, you ask?

Their compliance with the law changes proposed by our US sock puppet prime Minister show that they are dangerously naive in assuming that the law will only be used to spy on possible Muslim terrorists. It shows that they are dangerously naive and still suffer from “We are Islands very far away from everything else so we don’t have to learn about global politics and what happened in other countries that have so far accepted unwarranted spying on their own citizens as a result of what happened on 9/11itis”.

Even if you believe the claptrap of what we have been told about who perpetrated 9/11 and why, it behooves the party Brian Gould calls THE OPPOSITION to be aware of how spy laws and no fly lists have affected the populations of other countries. If they can’t look over the border and see the bigger picture they have no place in our government!

Additionally you might want to ask yourself why Brian Gould as a member of the MSM is grooming his audience to once again look at the other head of the same dragon as the SOLE opposition party. It seems to me to be a clear case of “you will elect the people we have chosen for you to elect”.

Perhaps our puppet masters are aware that the Teflon on John Key is wearing thin and they know the populace is restless and wants a change.

At least they now know that in Andrew Little they are getting a “reasonable” man willing to “compromise” the privacy of the people of New Zealand away in favor of “safety”.

It all reminds me of a quote from Benjamin Franklin: “Those who are willing to give up essential liberty to obtain a little temporary safety deserve neither liberty nor safety.”

We have just taken the next step on Naomi Wolfs list towards Fascism and nobody seems to notice. Least of all Andrew Little and the Labour party.

7 thoughts on “A Short History Lesson: From 9/11 To Warrantless Spying In New Zealand”