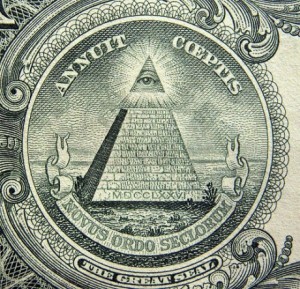 Yesterday, we were told we are going to spend $ 10 million on selecting what is basically a piece  of polyester with a drawing on it. We are going to do so because we need a more modern flag.

I hear you go WTF? Where did that come from? And to be  sure I have no idea either but here’s the thing: While bankster John Key feels it is a great idea to privatize assets and kills of whatever illusion we had of sovereignty in this country with the TPP (the European sister treaty is called TTIP by the way) waving a flag of whatever kind seems to be the equivalent of being offered a couple of beads while you’re being shoved of your land.

And while you scratch your head over the sheer lunacy of spending $ 10 million on a piece of polyester consider this: Why are the Greens and Labour going to such ends to make this an issue for them too?

A referendum on whether to change the New Zealand flag will go ahead in the next three years.

Labour and the Greens say if the government changes at the election they will take up Prime Minster John Key’s announcement today of a referendum on the flag.

A day after setting the election for September 20, Mr Key announced plans to hold the referendum within the next three years.

He told an audience at Victoria University he believes the design of the current flag symbolises a colonial and post-colonial era whose time has passed.

“I am proposing that we take one more step in the evolution of modern New Zealand by acknowledging our independence through a new flag,” he says.

Mr Key has backed away from hints a referendum could be held this year on a flag chosen by the government.

He says a selection of MPs will decide on the referendum process, and a steering group will ensure the public has the opportunity to engage in any discussion on changing the flag and to submit design ideas.