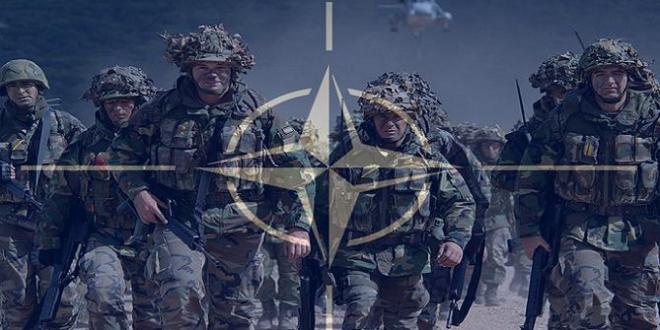 While NZ embarks on a military exercise with the US, France and other assorted countries most Kiwi’s still don;t get the significance of the presence of countries other than the US.

While one of the the Standardistas predictably makes the exercises about subservience to the US even otherwise well researched bloggers such as Ben Vidgen whom I’ll be talking with for his upcoming radio show interprets the exercises conducted on the South Island as a US/NZ one and the fact that a NZ war ship is allowed to moor in Pearl Harbor for the first time since 1976 (?)  is to most people depending on your political point of view only a sign of either detente or submission to the Republic.

Both are a dangerous and naive position to take and will, over time, turn out to be perhaps a fatal underestimation of the situation New Zealand today finds itself in.

And here is why:

In June 2012 I reported that with our signing on to NATO we signed on to some very nasty “responsibilities”. Not just to the US but to the entire cast of members of NATO. That’s right, if any country of the NATO get’s attacked we have to jump in to help but while you might say well that counts for us too then here is the kicker: If NATO get’s involved with say liberating Syria from it’s “dictator” Kiwi soldiers will be send in to do NATO’s bidding there too!

The significance of the presence of French military personnel during the three week military exercises on the South Island can not be underestimated as the French were the strongest presence after the US during the removal of yet another “dictator” Muammar Gaddafi from Libya. France, after the toppling of Gaddafi, went on to invade Mali and has been involved in several other recent military invasions of the African Continent.

New Zealand’s soldiers are being prepared and trained for illegal wars of aggression and possibly illegal regime change across the globe in the service not of New Zealand but a globally centralized military power serving not our best interest but that of a small group of elite wheelers and dealers outside of this country.

2 thoughts on “NATO, Not The US Is Our New Master!”