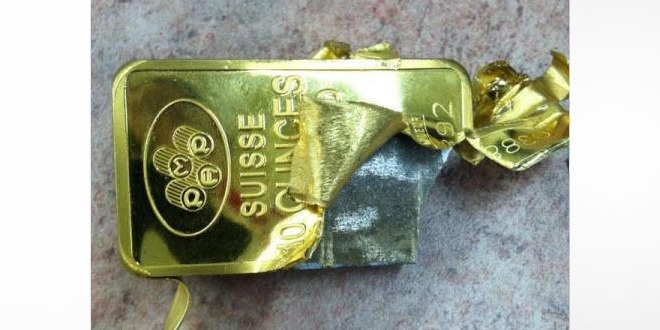 On an almost daily base stories about Tungsten salted Gold are appearing on, if not the mainstream media outlets, high profile financial blogs and websites of financial pundits.

Tungsten which the same weight as gold but costs a fraction of the price of gold has been found inside gold bars over the last few months and while some of them were small ones found by a New York jeweler and thought to be from Chinese (read: nasty cheap country) origin more stories are beginning to appear involving one of the advisers of our own National government the Deutsche bank.

An Austrian banking source has reportedly claimed that Deutsche Bank ‘fulfilled’ one gold repatriation in recent years with the help of Tungsten and further claims that the tungsten salted gold bars have turned up in Asia.

In 2009, Rob Kirby first uncovered detailed information regarding a massive plot to replace 400 oz good delivery gold bars with highly sophisticated tungsten filled fakes– and even provided evidence that the bars had been swapped with the gold held at Fort Knox.

Widely scoffed at by the financial media in 2009, Kirby appears to have released a Pulitzer worthy story nearly half a decade ahead of its time, as if the Austrian source’s claims are true and Deutsche Bank has in fact fulfilled a recent gold repatriation request with gold plated tungsten, the ramifications are that not only is every single claim made by GATA regarding gold and silver manipulation are 100% accurate, but that real, physical metal is now in desperately short supply and the jig is nearly up for the bullion bank cartel.

Read more and here is Rob Kirby pointing out that Tungsten has been used to manipulate the Gold market as early as 2009!

The balance of this 1.3 million – 1.5 million 400 oz tungsten cache was also plated and then allegedly “sold” into the international market.

Makes one wonder if the Indians were smart enough to assay their 200 tonne haul from the IMF?

A Slow Motion Train Wreck, Years in the Making

An obscure news item originally published in the N.Y. Post [written by Jennifer Anderson] in late Jan. 04 has always ‘stuck in my craw’:

A top executive at the New York Mercantile Exchange is being investigated by the Manhattan district attorney. Sources close to the exchange said that Stuart Smith, senior vice president of operations at the exchange, was served with a search warrant by the district attorney’s office last week. Details of the investigation have not been disclosed, but a NYMEX spokeswoman said it was unrelated to any of the exchange’s markets. She declined to comment further other than to say that charges had not been brought. A spokeswoman for the Manhattan district attorney’s office also declined comment.

2 thoughts on “On Deutsche Bank, Tungsten and Yes, The Bank Is Advising Our National Government On Asset Sales”